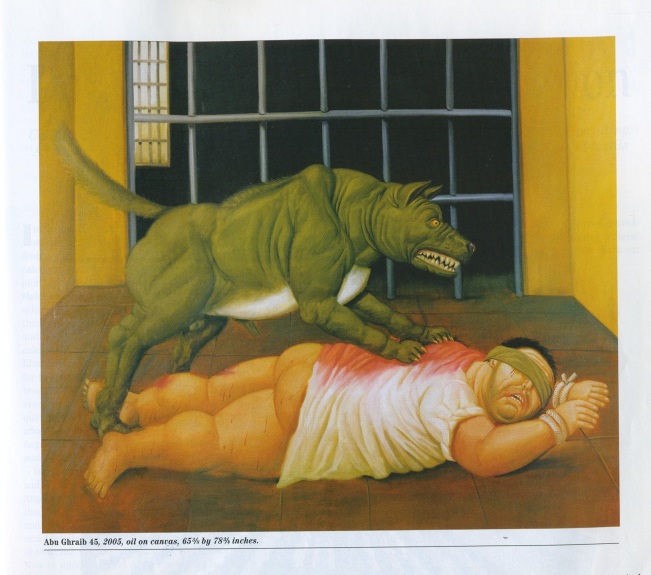 I’m not normally a big fan of Botero’s work, but I chose these images as examples of an artist who loves art. I chose them because of their rich detail and brutal honesty. I don’t think Botero would use painting to portray a brutal reality like Abu Ghraib unless he loved it and felt that it was capable of altering public consciousness. What I mean is that I think Botero has a lot of confidence in the capabilities of painting.

Tax refund xmas!!!!
awwwww yisssssssssss
SWEATER OF MY DREAMS by BEST SISTER EVER @egribbs
Watch out! This juice is on the loose.
I bought another sweater pattern....
Missing this little angel today. He passed away last night. We had 9 awesome years together. His sass knew no bounds. Please send any photos or memories of him my way.
Loading Comments...
Comment
×
%d bloggers like this: